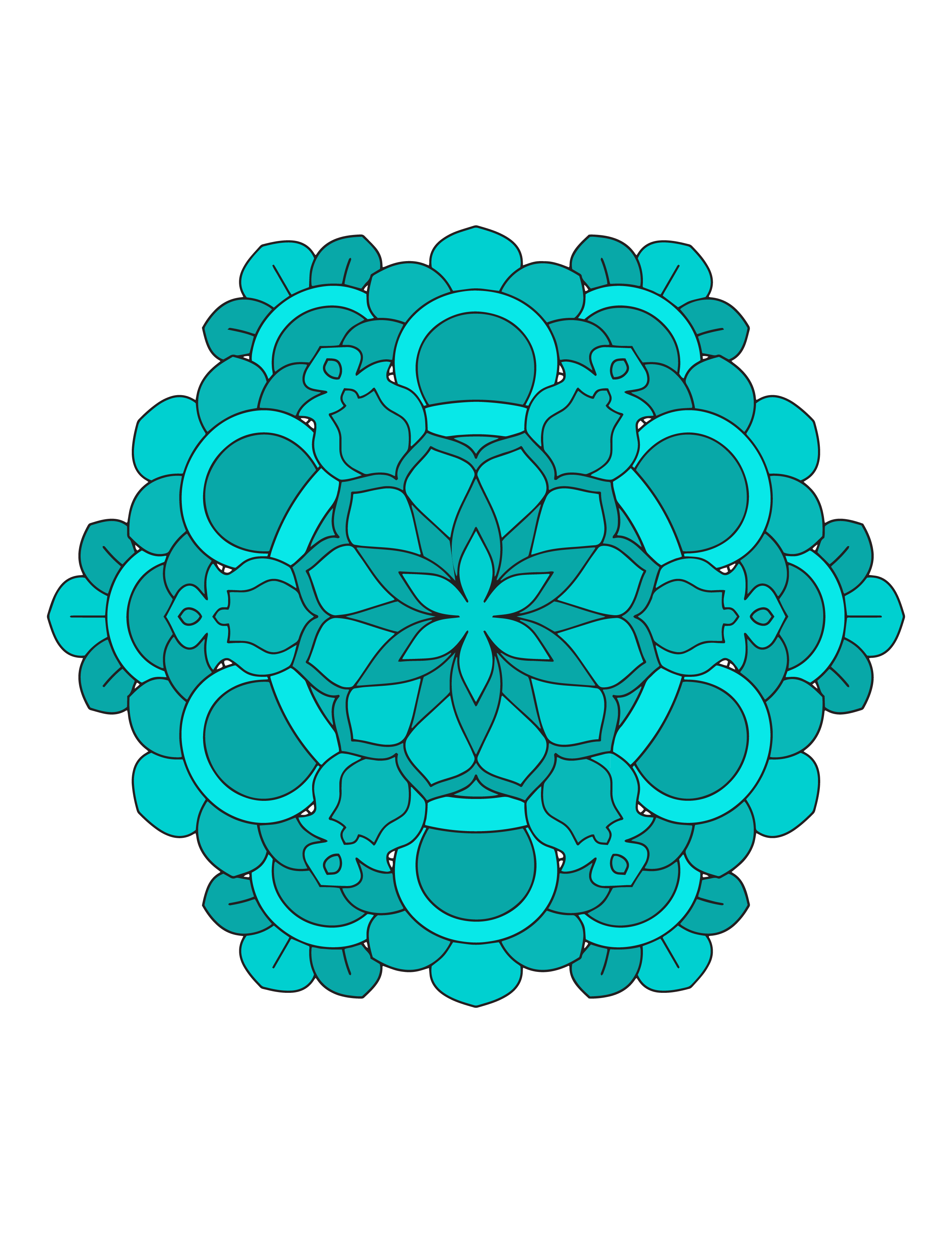 Mandalas, Their History, and Meaning

Mandalas are a form of art that originated in Hinduism. They are used to represent the Universe and the soul of an individual. Mandalas are often made with geometric shapes and use symbols to represent different aspects of life. The purpose of mandalas is to help you focus on your inner self and the present moment.

What is a Mandala?

A mandala is a spiritual and ritual symbol in Hinduism and Buddhism. It is a circle with a center point, typically surrounded by other circles of the same diameter.

The word "mandala" comes from the Sanskrit word for "circle." The mandala has been used for meditation, as an aid to contemplation, or as an aid to making sense of the world.

The Spiritual Meaning of Mandalas

Mandalas are a form of art that originated in Hinduism. They are used to represent the Universe and the soul of an individual.

Mandalas have a spiritual meaning and they can be drawn to help with meditation, healing, and self-awareness. Drawing mandalas is not just for adults but it can also be done by children. It helps them express their creativity and helps them focus on their thoughts.

What are some mandala meanings?

The most common form of a mandala is a circle with four gates containing an image of the deity associated with that mandala's particular school of thought.

The use of mandalas goes back to pre-history, but they were first used as an aid to meditation in India for a very long time.

A Beginner's Guide to Drawing Mandalas

The mandala can be a spiritual or religious symbol in Hinduism and Buddhism. It is a circular shape that can be drawn on paper or cloth, sand, stone, wood, metal, clay, or other materials.

Drawing mandalas can help to improve one's focus and concentration. It can also be used as an artistic expression of the individual's thoughts.

A beginner should use the following steps when drawing a mandala:

Do you need to be an artist to create a mandala?

No, you don't need to be an artist to create a mandala. It is one of the easiest and most enjoyable ways to relax and meditate. All you need is a pencil, paper, ruler and a compass to get started.

What do you need to make a mandala?

A mandala is usually made of coloreds and, pastel chalks, or watercolor paints. It can also be made of flowers, fruits, vegetables, and other objects.

The mandala originates from Hindu and Buddhist traditions.

How are mandalas originally drawn?

The mandala is originally drawn from the center of the circle outward in a clockwise direction. The circle is a symbol of unity, wholeness, and infinity. It represents the sun, moon, and stars, which are all symbols of divinity. The mandala is used as a tool to achieve enlightenment and it can also be seen as a map of the universe.

The center of the mandala is usually black, representing the void of space and time. The next color is red, which represents fire and love. This can be followed by orange, yellow, green, blue, indigo, and violet which represent earth (orange), air (yellow), water (green),fire (blue), ether/space/sky (indigo), and spirit/void/time (violet).

How can I make a simple mandala with a few colors?

You may have seen mandalas in your social media feeds and wondered how to create them. It may seem like a complicated process, but it is actually very simple.

There are many different types of mandalas that you can make, but you can also make a simple one with only a few colors.

What colors should I use for my mandala?

There are many different colors that you can use to create a mandala and it’s up to you to decide what color combinations you want. Some people prefer to use the five main colors which are red, yellow, blue, green, and purple.

Mandala art is usually made up of circular shapes that represent the universe and its cycles of life. They often have a central point or focal point which is often filled with a single color and then other colors are added around it in concentric circles.

How Can Mandalas Help You in Your Daily Life

Mandalas are beautiful and intricate designs that are often used for meditation. They can be used to represent one's thoughts or feelings, as a tool for self-reflection, or as a tool for healing.

Mandalas have been created by many different cultures throughout history and they all have different meanings. Some mandalas are designed to focus on specific aspects of life such as birth, death, good fortune, or healing.

What are the benefits of drawing mandalas?

Drawing mandalas has been practiced for centuries as a form of meditation. It is believed that the practice can help reduce stress, anxiety, and depression.

Some people believe that drawing mandalas can help them find their spiritual center. It can also be a way to explore their creativity and express themselves in a more expressive way.

So overall drawing mandalas has been shown to reduce stress and anxiety, which are two common problems in today's society.

What is the purpose of mandalas?

Mandalas are a form of spiritual art. They are often used as a way to help you focus on your inner self and the present moment.

The traditional mandalas are usually made with colored sand on a flat surface and they symbolize wholeness, completeness, order, and balance. The colors also represent different aspects of life like red for passion, yellow for intellect, green for nature, blue for peace, etc.

The purpose of mandalas is to help you focus on your inner self and the present moment.

What kinds of mandalas are there?

Mandalas can be made in many different ways. The most popular ones are the Tibetan, Indian, and Henna mandalas.

Indian mandalas are made of rice flour, water, and dyes. They are drawn with a single continuous line that is never lifted from the paper. This is done to represent the continuity of life.

Tibetan mandalas are made of thin lines drawn with a pointed tool dipped in colored sand or ink. The lines are then filled in with more colors to create intricate patterns and designs.

This style of the mandala is often used as a teaching tool for Buddhist monks to teach children about their religion and philosophy using pictures instead of words.

Henna mandalas involve drawing on the body with henna paste.

How many sides does a mandala have?

A mandala can be drawn on paper, or it can be made of sand or other materials. The most common type of mandala is a circle with four gates containing a square with an image of either a deity or an object inside it.

In general, there are many different types of mandalas depending on the culture and religion that created them. Sometimes people may draw them with a lot of different sides.

What symbols are often used in mandalas?

Mandalas are often made with geometric shapes and use symbols to represent different aspects of life.

What are the Other Benefits of Mandalas?

Mandalas are a visual representation of the universe and the soul. They are used as a tool for meditation.

It is believed that mandalas have been around since the time of Buddha, who used them to teach his followers about mindfulness.

Mandalas are representations of the universe and the soul. They are used for meditation purposes by Hindus, Buddhists, and Jains alike.

Mandalas are used by people from a variety of religious and spiritual backgrounds.

Mandalas can be found in many different cultures, but the most common use for them is for meditation. They are used because they have very simple shapes that are easy to focus on. A mandala is a circular drawing with spiritual significance used in meditation and other religious practices. It is created with a single point at the center surrounded by one or more circles, each of which is drawn within the whole until the outermost reaches meet to form the overall shape.

Why do people create mandalas?

In the past, mandalas were used by monks in India who would create them at the end of their day to symbolize their spiritual journey and keep them grounded.

People have many reasons to use Mandalas, even if you are a beginner, you can use our Mandala coloring books to create your own Mandala art.